The Shadow Side of The Modern Yoga World

It's time for some coffee chat. I haven’t been sharing much on social media lately because I haven’t been able to figure out how to fit everything into a nice little box with a pretty bow on top. That’s what it feels like sometimes, you know? This space has to be inspiring and full of love and light and handstands and rainbows. And sometimes it is all of these things! But also sometimes it’s not.

I’ve been working through my own disillusionment and anger regarding everything that finally came to light this summer about the sexual abuse that went on for decades in the Ashtanga community, and the massive coverup that followed. Last Friday, a New York Times article came out about consent and unwanted touch in yoga spaces, and it included the stories about Jois and the Ashtanga community, among others. It's important to understand that all of modern power yoga as we know it is connected to the Ashtanga lineage. Rocket Yoga is heavily influenced - often called "Progressive Ashtanga." In the article, the journalist shared that she had been practicing for over a decade and hadn’t heard a word about it, which made me feel a little less alone - because until this summer, I hadn’t heard anything about it either.

How could I have missed this?

I began to question everything about the modern yoga world. I questioned the power dynamics between teachers and students: What have I internalized from my teachers? What kind of harm have I unknowingly caused students? It was overwhelming and I didn’t/still don't quite know how to process the information. I feel betrayed and also full of guilt and shame because I am part of the system. How do you continue to teach yoga when you feel so angry at the imbalanced power dynamics in the world and then see it all play out in the yoga community in front of you - and also know you are a part of it? How do you continue to lead yoga teacher trainings when you are drowning in doubt from everything you've been taught by your teachers?

In Matthew Remski's book, Practice And All Is Coming: Abuse, Cult Dynamics, And Healing In Yoga And Beyond, he said something that I keep coming back to:

"Pausing to consider whether the yoga method or spiritual community that you love also carries a history of abuse is not scare-mongering. It's a lucid and mature way of beginning to sort out the difference between yoga beliefs, yoga marketing, and yoga data...But this pausing also does something else. By encouraging the practitioner to look for the shadows in what is otherwise idealized, it can help them to understand where they themselves might be caught in a dynamic they cannot fully see or articulate. This empathetic reflex, which can protect the self as much as it protects others, is naturally strengthened by researching the hidden literature on the method to find that history."

I've spent these last four months trying to process my disillusionment - or if I'm truly being honest, what mostly feels like anger. Of course, my own past traumas and lived experiences came into play. Anneka Lucas, one of Jois' victims said, "We only really listen to trauma survivors to the extent we recognize that we ourselves have been traumatized." I've had to unpack a lot and it's been a difficult facet of my journey, but also an important and necessary one.

This work isn't easy and it's not all love and light and handstands and rainbows like the Instagram yogis may lead you to believe. The real work is much more complex and it can be really fucking messy. It's messy because creating change depends on how much we're willing to examine our own complicity and responsibility. It's messy because in order to learn, we must be open to the wisdom of our teachers and mentors but at the same time, question everything and learn to trust our own inner-guidance system. It's messy because we have to examine and talk about the hierarchies and systems that are in place and the power dynamics we participate in as yoga teachers and spiritual leaders.

There were many times in the last few months I’ve considered giving up teaching yoga altogether. It just felt like too much was at risk - I don't want to do any further harm. But the Universe works in mysterious ways, and last weekend, I found myself at an Off The Mat Into The World training in Atlanta and it reignited my fire, because there is a lot of work to be done and I can’t be a change agent if I quit now. So I'm going to dive in deeper and see if I can figure out how to channel this anger and use it as a catalyst for positive change and attempt to dismantle the flawed systems that are in place in the modern yoga world, talk about the shadow sides of the lineages, find ways to further empower students, like asking for consent before I touch someone in a yoga space, by being honest with practitioners and saying, "I don't know," instead of pretending I have all the answers and not assuming that my lived experience is the same as yours or that a certain shape I make with my body feels the same in yours, and do my best to stay open to feedback and criticism and say, "I'm sorry, I messed up," and take responsibility for my actions and learn from them - because if I'm really in this, I'm going to mess up. Continuously.

Yoga has impacted my life in extraordinary ways. I’m choosing to stay on the path, even though it's messy. Whenever life feels messy, I always come back to a quote by Deepak Chopra:

"All great changes are preceded by chaos. The disruption we see in the world is the prelude to emergence."

If that's the case, bring on the chaos. 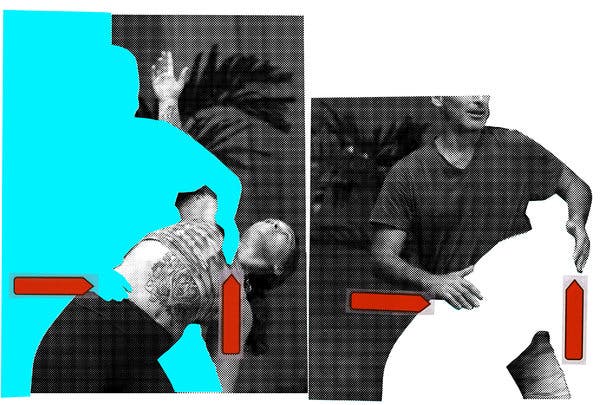